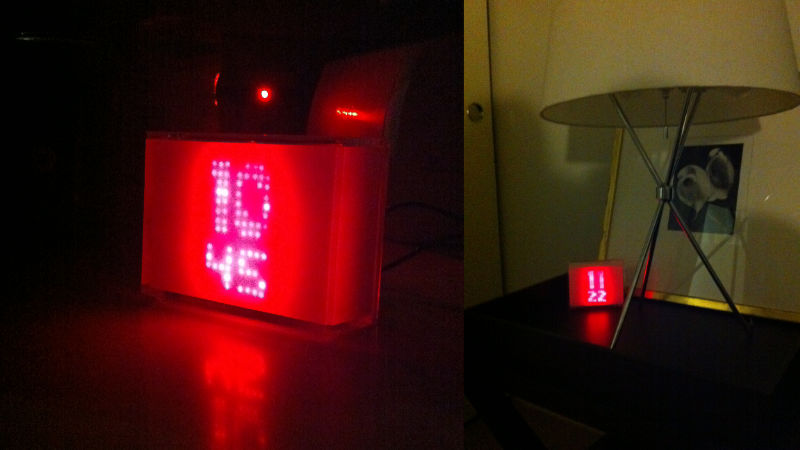 I love those wooden block clocks I’ve been seeing around that have LED displays placed behind the surface of thin wood veneer. However I wanted to make one that was all white with a high-gloss finish, and I wanted to be able to design my own font for the time display.

For the display I used a LOL Sheild Kit for Arduino. 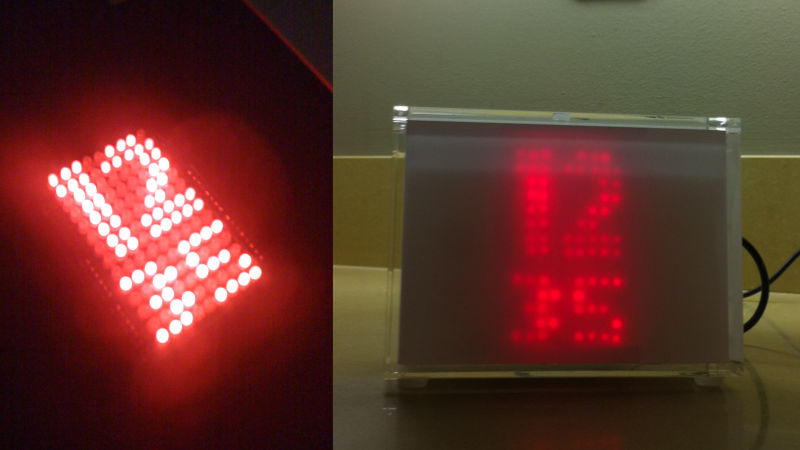 The display uses the Arduino Charlieplexing library, which reads in lines of binary that have been bit-shifted into decimal. This way it stores a 2-d array of 1’s and 0’s for on and off as a 1-d array of integers, which saves memory.

To create the custom display graphics, first I made some interactive prototypes of the grid of pixels. I whipped up a couple of flash programs that let me click pixels on and off and export the data in a format that the Arduino code would use to display my custom designed numbers. After I was pretty happy with the designs I exported all the data to the Arduino. 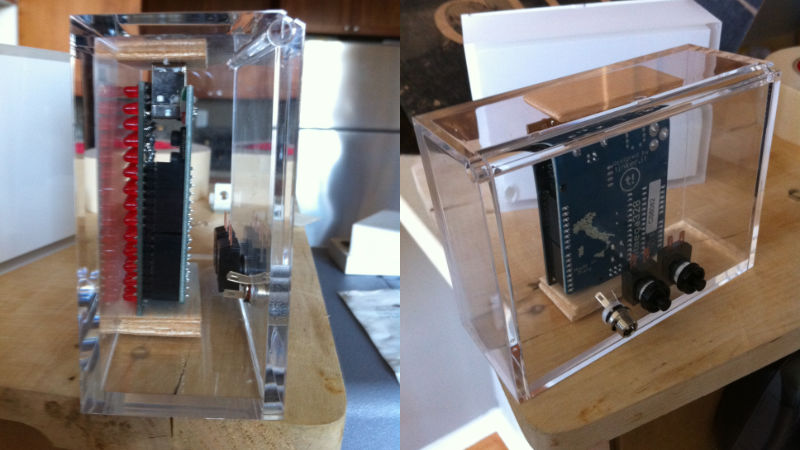 The next bit was building a case. I did a lot of searching for boxes online, and finally found one at TAP plastics that looked like a good place to start. 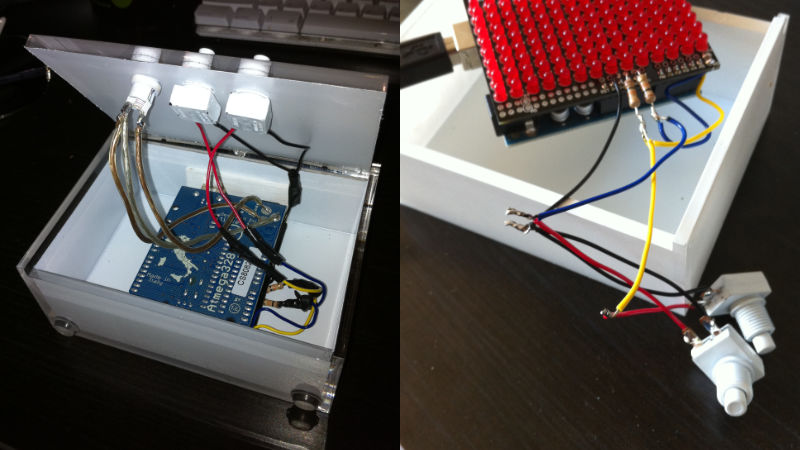 It took a few tries and broken cases to get it right, drilling in plastic is tricky, but in the end I love how it looks with the paint on the inside like a white cube had been incased in clear plastic.

In the back I wired two buttons for setting the hours and minutes, and added a power connector. 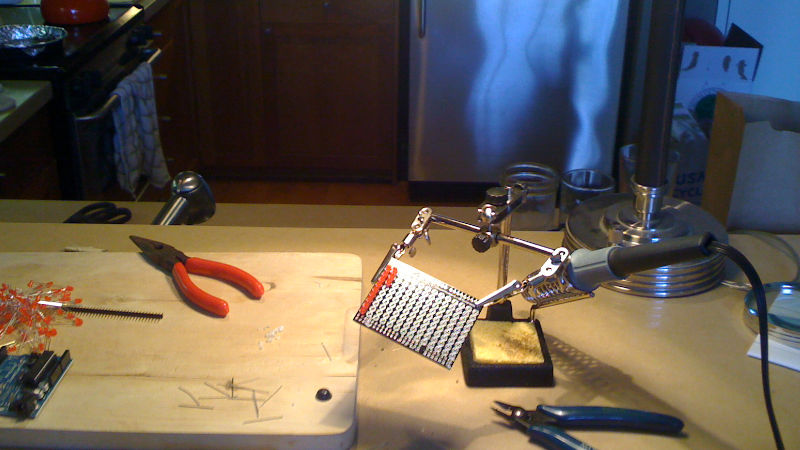